If you’ve read my books, you know I love pairing a cowboy with a city girl. My characters usually wonder how they can be attracted to someone who fails to hit even one item on their this-is-what-I’m-looking-for-in-a-potential-date list, and this creates great conflict. But another reason I love throwing cowboys and city women together is it creates great dialogue and can even increase sexual tension.

Here are some sayings that have great dialogue potential. I’ve tweaked some a little the way I would if I used them in dialogue. ?
• Wo

man, you’re as friendly as a fire ant.
• Darlin’, I’m so country I think a seven-course meal is a possum and a six pack. (I can see my hero saying this one with a wry grin.)
• If a trip around the world cost a dollar, I couldn’t get to the Oklahoma state line.
• You look like you were sent for and couldn’t go. (Can’t you see the sparks flying if my cowboy hero said this to a heroine?!)
• You’re so skinny you have to stand twice to make a shadow. (More sparks flying, I think as my heroine wonders if this is a compliment or a diss.)
• You lo

ok like the cheese fell off your cracker.
• Honey, you make a hornet look cuddly.
• Woman, you talk any faster and you’ll catch up to yesterday.
• You look like you’ve been rode hard and put away wet. Or, it’s twin, you look like you’ve been chewed up, spit out, and stepped on. (This one has potential for a tender moment, as the hero asks her what on earth happened. When she asks why he thinks something is wrong, he uses a soft husky voice and says, “Sweetheart, you look like you’ve been chewed up, spit out, and stepped on.” Of course, what he says shatters her control. She confides in him. He understands and consoles her. Bond forms, and there you go, sexual tension.)
• Woman, you could talk the legs off a chair.
• Are you two sandwiches short of a picnic?
• Don’t dig up more snakes than you can kill. (Can’t you imagine a city girl trying to understand what the hero means by this one and him trying to explain it?)
• Don’t write a check your ass can’t cash.

• He’s all hat, no cattle.
• You can put your boots in the oven, but that don’t make ‘em biscuits.
• Same trailer, different park. (In response to being asked how you’re doing.)
• Dang, if you aren’t double-backboned (I can see my hero saying this to a heroine when he’s impressed with her strength of will or character. Of course, she won’t quite get the compliment, and when he explains it, she’ll just melt all over his boots.)
• Woman, you’d charge hell with a bucket of ice water.

Not only can a western saying add color and realism to a story, it can add humor, reveal character or even create sexual tension. But best of all, it’s fun as all get out to write.

Now mosey on over to leave a comment about one of the sayings above or your own personal favorite and be entered for a chance to win the snack set and a copy of To Catch A Texas Cowboy featuring AJ, a Texas Aggie cowboy and 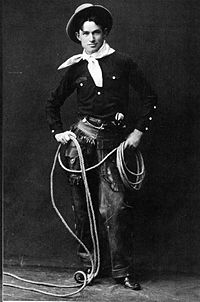 Hello everyone! I’m having a really busy week–books due (as in plural) and family coming to visit. I’m excited to get the books done and even more excited to see my family!

Today I’m going to give you ten of my favorite Will Rogers quotes. Will Rogers was such an interesting guy–he was an actor, a vaudevillian, a humorist, a circus performer (his first job). He had a gift for making astute observations and presenting them in a way that did not offend. Quotes from Will invariably make me slow down, think, and smile.

So without further ado, here are my Will-isms:

1) Don’t squat with your spurs on.

3) Never miss a good chance to shut up.

4) What the country needs is dirtier fingernails and cleaner minds.

5) Always drink upstream from the herd.

6) Everybody is ignorant, only on different subjects.

7) Things ain’t what they used to be and never were.

8) If you get to thinking you’re a person of some influence, try ordering someone else’s dog dog around.

9) The best doctor in the world is the veterinarian. He can’t ask his patients what is the matter-he’s got to just know.

10) There are three kinds of men. The one that learns by reading. The few who learn by observation. The rest of them have to pee on the electric fence for themselves.

Which quote speaks to you? Mine is the last. Every time I read it, I laugh.

Have a great Wednesday!