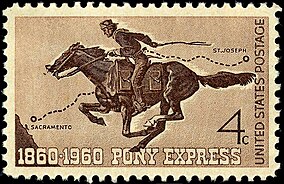 I lived in rural Nevada for thirty years and because my husband and I were originally geologists, we spent a lot of time beating around the state before settling down. The northern and middle part of Nevada can be either blazing hot or bone numbing cold, depending on the season—as near as I could tell, there were two: summer and winter, with three or four days of spring and fall between them. But don’t get me wrong, I love Nevada and its outback, and have so much respect for the early citizens—those that stayed and those that were there to do a job. The riders of the Pony Express were there to do a job. I’ve experienced the country that they crossed, and these guys were amazing. 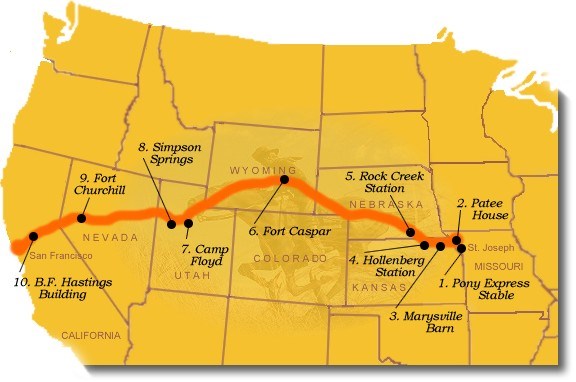 So how did the Pony Express come about?

In brief, Senator William Gwin of California wanted a faster mail service between the eastern part of the country and California. He conferred with the operators of Overland Stage Line of Leavenworth, Kansas, which ran a stage between the Missouri River and Salt Lake City, asking them to develop a mail system. Reluctantly, due to the costs, the owners of the stage line agreed and began developing the Pony Express. On April 3, 1860, less than two months after promising the senator to develop a faster mail system, the first express was ready to run between St. Joseph, Missouri and Sacramento.

In those two months, the organizers found 80 riders and 500 horses, and stations were built along the route through Wyoming, Utah and Nevada. The riders received $25 per week, two revolvers, a rifle, a bowie knife and a bible. The ponies were sturdy stock, many of them carrying California mustang blood. 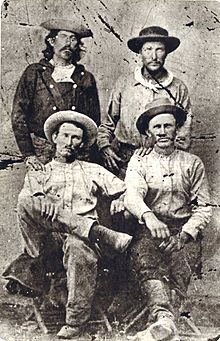 The mail was carried in a leather mochila with four locked boxes sewn to it to carry the mail. The mochila fit over the saddle horn, and when the rider arrived at the station, he threw the mochila to the next rider, who would then be on his way. The Pony Express carried mail 2,000 miles in 10 days.

The Pony Express lasted only 18 months, but even in that short amount of time, it left an indelible mark on the history of the county and the region. Finances were part of the reason for the demise of the express. Mail carried by the express cost the sender between $1 to $5 dollars per ounce, but despite the high prices, the Pony Express failed financially, as its organizers had feared. Congress offered no financial subsidies to help the express, despite the fact that it helped keep California in the Union.