Hello everyone! Over that past two months, I have been in the process of moving from Nevada to Montana, and today is a banner day for me—I unloaded the last box from the trailer and have officially transported all my belongings to my new home…except for my coat, which I accidentally left in my old house.

This is my “wagon train”–a truck for me, a truck for my husband and a truck driven by the best friends ever.

This was not an easy move—in addition to household and personal items, we had to move the horses, the stuff in the barn, the stuff in shop…lots and lots and lots of stuff. Toward the end I began to doubt the value of stuff in general and minimalism began to look so much more attractive! But we persevered, put 16,000 miles on our truck since the beginning of summer and found a lot of new places to eat far from home. 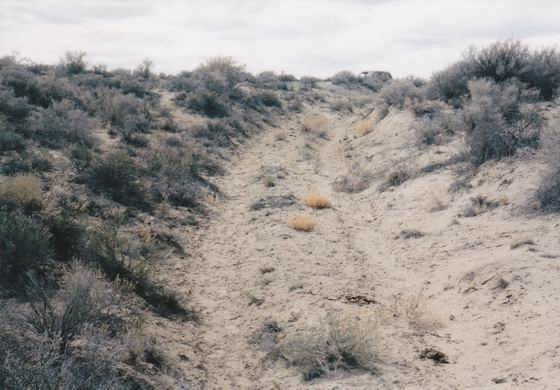 A section of the original Applegate Trail.

I’m tired, but also very appreciative of the technology that allows me to move with relative ease, compared to what people went through to move across the country during the latter part of the nineteenth century. My home in Nevada was very close to the California and Applegate Trails. I’ve seen the roads and the country these brave people crossed in wagons, on horseback and on foot. 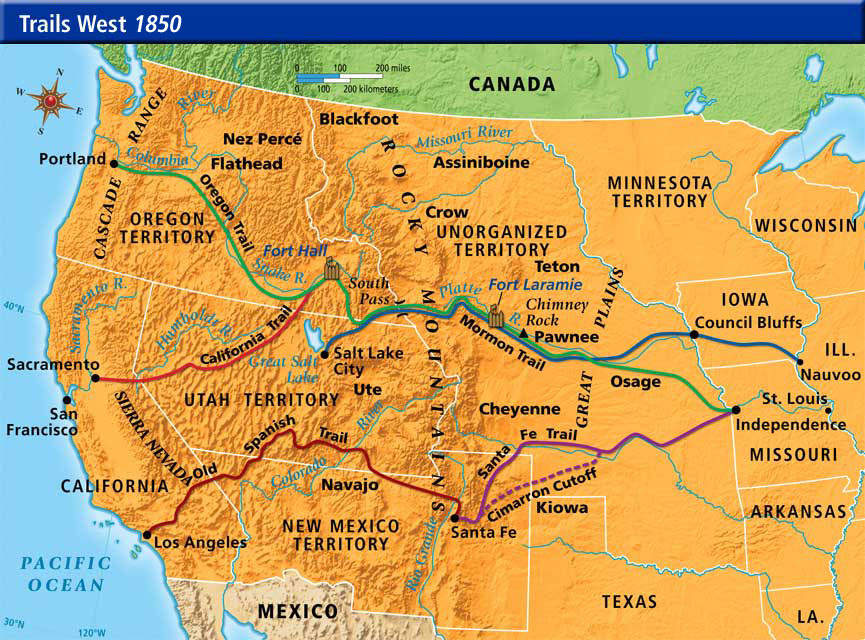 From the 1840s to the 1860s more than 200,000 people crossed the prairies, heading west to start new lives. A tenth of those people died on the trail. People traveled together in wagon trains, consisting of 20 to 40 wagons, often led by an experienced scout. The journey from Independence, Missouri to Oregon or California took between three and six months. The trail to California was about 2,000 miles long and an average wagon train traveled between 10 and 20 miles a day depending on terrain and weather.

The emigrants usually left in the spring, late enough so that there would be grass on the prairies to feed the livestock, but early enough to ensure that they could cross the Sierra Nevada Mountains before the heavy snow fell.

It cost an average of $1,000 to make the journey, which was a huge amount of money in those days. The average wagon

carried between 1,600 and 2,000 pounds of “stuff”, including food for the journey. The wagon trains stopped in various forts along the way, which allowed the people to replenish supplies.

After the Union Pacific Railroad was completed in 1869, wagons trains declined, but were still used as late as 1890.

I hope you enjoyed this brief wagon train snapshot. It’s certainly put my move into perspective.