Welcome! My name is Zina Abbott. I am pleased to have been invited as a guest blogger on Pistols & Petticoats today.
I have recently written two book for the series, The Widows of Wildcat Ridge. In my second book, Diantha, my character not only ends up taking over the Ridge Hotel in town after the death of her husband in a mining disaster that killed many townspeople, she also ended up taking over her late husband’s postmaster position. When readers first meet Diantha in my first book I wrote for the series, Nissa, she serves as the postmistress.

Before the Postal Reform Act of 1970, there was no United States Postal Service. Mail delivery in the United States was managed by the General Post Office Department, a federal agency based in Washington, D.C. The Post Office Department handled contracts for mail delivery, often awarding them to
freight train companies, stagecoach lines (think Butterfield and Wells &
Fargo, plus a host of one-man operations) and, later, railroads. Then there was that glorious year and a half where the freight company, Russell, Majors and Waddell, won the mail contract for the Pony Express.

Postmaster positions, however, were an entirely different matter. They were a “political plum.” Awarding postmaster positions was not controlled by the General Post Office Department. They were appointed by the local congressman for the district in which the city or town was located in recognition (payment) for either the support, both financial and other means, helping the congressman win election or achieve his political aims. Men awarded postmaster positions in large cities were guaranteed a nice salary and steady employment—at least while that congressman stayed in office. In smaller towns where the citizens’ involvement in a congressman’s career was less, the awards may have been tempered by the selections also being narrowed down to who had the facilities and ability to run a post office operation. Either way, for many years, awarding postmaster positions was one means a congressman had of rewarding those who either served their country well, or furthered the congressman’s political career.

I became aware of this when I started working for the United States Postal Service in 1980 as a relief carrier (think vacation and sick day coverage). The reform act did away with political patronage for postal positions. By the time I applied, I submitted an application to the USPS, took a test, was awarded a score based on the test results, and was called in for interviews based on my test scores.

However, I was hired to back up a man who had been hired as a rural carrier through political patronage. Like postmaster positions in his time, he submitted his application for the job to his local congressman, who took into consideration his military service, community service in addition to his political party. A second rural carrier in the office where I worked was also hired under the old rules of political patronage.
It is good to keep note that, back in the days of the old West, you might find a post office operation in a variety of businesses. Mercantile stores were good locations. Sometimes, a stagecoach business used a local hotel to pick up and drop off customers and the mail.

In my book, Diantha, Wells Fargo had its own business location. I used the hotel lobby for the local post office. Diantha, whose late husband had not involved her in either the hotel business or the post office operation prior to his death, figured once she notified the Post Office Department she was taking over her husband’s job to become the local postmistress, everything was settled. However, the local Utah Territorial Congressman had different ideas. It was his right to award the job as a reward for political support – and he did just that. Imagine how surprised Diantha, the Wells Fargo stagecoach employees, and the citizens of Wildcat Ridge were when Hank Cauley showed up in town and announced he was the new postmaster.
My two books in the series, The Widows of Wildcat Ridge, are written to be stand-alone novels. However, they do have several connections which readers will enjoy if they are read in order as a duet. Today I am offering a free ebook copy of my first book in the series, Nissa, to one person selected at random who leaves a comment in the comments section of this blog post.

Nissa and her two children used to live in the mine supervisor’s house before her husband was killed in the Gold King Mine disaster. Forced to leave, she is reduced to seeking a job washing the laundry for the Ridge Hotel. Dallin comes to Wildcat Ridge for a horse auction. Attracted to the lovely red-headed laundress, he decides he wants to leave Wildcat Ridge with more than new horses.
Hal, one of two wranglers working for Dallin, discovers the homely teller working for Crane Bank is hiding something—her beauty inside and out. He would like to take her back to the ranch where he works, but there is no place for her in a bunkhouse full of men. Birdie, hoping to earn enough to escape Wildcat Ridge and apply for a bank teller job in a large city, changes her mind after meeting the handsome wrangler.
To read the full book description and find the purchase link for Nissa, please CLICK HERE.

Diantha is forced to learn how to run a hotel and manage mail delivery after the death of her husband. Her world is turned upside down when a stranger shows up in town claiming to be the new postmaster. Hank’s business failed and he was forced to live with and work for his brother. Things look up when his brother uses his influence to get him a small postmaster position in Wildcat Ridge. However, he runs into trouble when the current postmistress is not willing to give up the job.
Buck, a wrangler who came to Wildcat Ridge for the horse auction with his boss, finds when he returns to the ranch, he cannot get that sassy, redhead, Hilaina, out of his mind. Hilaina is desperate to find a husband in a town full of widows, but will not leave Wildcat Ridge and her widowed mother behind.
To read the full book description and find the purchase link for Diantha, please CLICK HERE.

Zina Abbott is the pen name used by Robyn Echols
for her historical novels. A member of Women Writing the West, Western Writers of America, and American Night Writers Association. She currently lives with her husband in California near the “Gateway to Yosemite.”
When she is not piecing together novel plots, she pieces together quilt blocks.
Connect
with Zina Abbott:
WEBSITE  |  BLOG  |  FACEBOOK  |  PINTEREST  |  TWITTER
GOODREADS   |  BOOKBUB  |  AMAZON AUTHOR PAGE
Please sign up to receive my NEWSLETTER 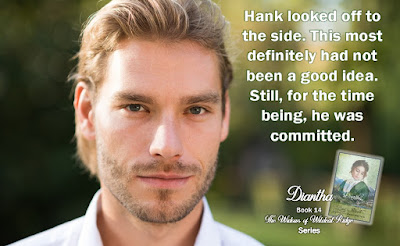 Hi,  Winnie Griggs here. I was doing some research the other day on how long it would take a letter to reach Texas from the east coast. As usual, I stumbled on an interesting little tidbit of history that I wasn’t looking for that took me down a fun little rabbit trail.

Did you know that from 1862 until 1977 there existed Railway Post Offices (RPOs).  These were not just rail cars that carried the mail, but were actual rolling post offices.  Between stops, the mailbags, which had heretofore sat untouched during travel, sometimes for days at a time, were now opened and the contents sorted and processed as the train sped toward its destination.

Originally, the railroad cars that housed these rolling post offices, were converted baggage cars that were furnished with wooden furniture.  Soon, however, a Railway Mail Service employee named Charles Harrison designed a set of fixtures that were a vast improvement over those. It consisted of cast-iron hinged pieces that could be folded and unfolded as needed and set in a number of different configurations to hold racks, mail pouches and a sorting table based on needs for specific routes and volumes of mail. These fixtures could also be completely folded away to leave a wide open space, thus converting it to a general baggage car if needed.

Letters that were cancelled aboard one of these RPOs received a postmark that indicated the route’s endpoints, the train number and the designation R.P.O.  A railway mail route could range in length anywhere from a few miles to over 1,100 miles.

Railway mail clerks had to undergo strict training.  Each clerk was expected to know the post offices and rail junctions, as well as local delivery details for the larger cities served along their route.  They had to undergo periodic testing to keep them sharp.  This testing included gauging speed and accuracy in sorting mail on a moving train, and a score above 96% was expected.

At the height of their use, Railway Post Offices were installed on over 9,000 train routes covering more than 200,000 miles.  Some dedicated mail trains were known to carry over 300 tons of mail daily.

I hope you enjoyed this little bit of post office and railroad history. And speaking of mail, do you have any mail-related stories to share – letters from exotic locations, favorite postcards, a pen pal story?  Please do share.

And because I’m so very excited about my upcoming June release, A Tailor-Made Husband, I’m going to give away one of my advance copies to one of the commentators on today’s post.

From Bachelor Sheriff to Family Man

Tired of pining for handsome sheriff Ward Gleason, seamstress Hazel Andrews plans to head East for a fresh start—until Ward finds an abandoned child. Hazel can’t turn down his request that she watch the little girl while he investigates a spate of crimes. But spending time with Ward is sending local gossips—and Hazel’s heart—into turmoil.

Nothing in Ward’s world is the same since he took charge of orphaned Meg…and that includes his growing feelings for Hazel. A fake engagement will allow them to care for the child together until Hazel moves away and finds someone more worthy. But with little Meg convinced she’s already found her forever family, can Ward and Hazel dare to make her dreams come true, along with their own?