My mind struggles to wrap around that many years of wedding bliss.

My dad, always something of a character, informed me the day before their anniversary he’d been married to Mom for 24,820 days and counting.

I laughed, but the enormity of spending nearly 25,000 days married to your high school sweetheart still boggles my mind.

My parents met their senior year of high school.

Dad’s family had just moved to the area and he only knew the closest neighbor’s kids when school started that fall. He’s always been friendly and outgoing, never had any trouble making friends and fitting in. In no time at all, he was involved in sports, playing in the band, participating in Future Farmer of America activities, and watching a certain dark-haired girl who’d caught his eye.

Mom was shy and quiet, had a few good friends, and didn’t participate in many extra-curricular activities, mostly because my grandparents’ farm was quite a distance from town and she had no way to get home if she stayed late after school.

Right away, she noticed the new, cute boy at school, the one many of the other girls were buzzing about. However, they ran in different social circles and it wasn’t until spring when Dad finally asked her out on a date to the movies.

By the time they graduated, they were an “item.” Dad was gone for a while, serving in the Naval Reserves, but the following summer, they made plans to wed in early August.

The dimple-cheeked girl with stars in her eyes rushed through her swing shift at the telephone office then raced out to the farm where a handsome boy who had captured her heart waited to make her his bride.

She didn’t have a fancy, elaborate gown. They both wore gray suits.

Their flowers were gladiolas, pink and white.

And they said “I do” in the minutes before the clock struck midnight due to her working late.

Not the stuff of fairy tales, right?

But the lasting power of their love — 68 years — includes a little fairy tale, happily-ever-after sprinkled in the mix.

Growing up, I watched some of my classmates go through the trials and tribulations of having their parents divorce. By then, my folks were middle-aged and settled into life and into each other. I never once worried about them separating. They were then and still remain a united front.

I don’t think either of them ever once considered leaving each other as an option. They were just eighteen and nineteen when they wed, but they made a commitment for a lifetime.

And I’m so glad they did.

If you want to know about true love and real romance, ask a couple who’s been married for more than six decades. I bet they’ll give you some good tips and probably a generous helping of humor. 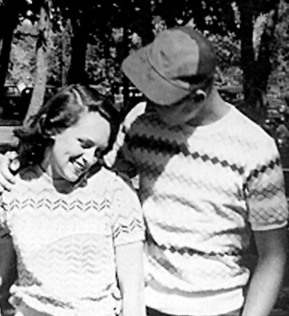 Life wasn’t always easy for them. Far from it.

They had plenty of rough patches to work through, but they remained committed to each other and the vows they made.

Their little family grew from the two of them to three with the arrival of a bouncing baby boy.

It expanded to four with the birth of another boy.

And then my sister came along making them a happy group of five.

I’ve heard stories of the adventures they all had, the many, many times they moved before my parents bought a farm in Eastern Oregon and set down roots that kept them there for more than fifty years.

Evidently, after twenty years of marriage, they still liked each other, because they had me. (Both of my brothers look like they’re waiting for me to do something awful.)

And the family continued to grow with the arrival of grandbabies… then great-grandbabies.

For  68 years, Mom and Dad have been there for each other — through fights and fears, laughter and tears, celebrations and sorrows.

If you ask them individually, they’ll both tell you the secret to a happy marriage is listening to your partner and not always trying to be right, even when you know you are.

If you ask me, though, I’d say a big part of their longevity and happiness comes from these things: 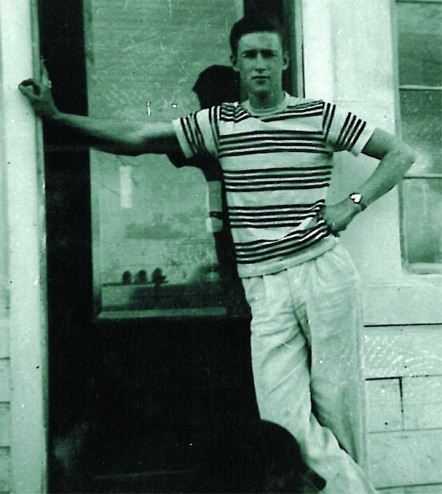 *My dad’s great sense of humor and the fact that he absolutely adores my mom. He always has and, after 68 years of marriage, I think it’s safe to say he always will.

*My mom’s loyalty and devotion to my dad and her ability to be a perfect balance to him.

I, for one, am so glad they  fell in love and have remained in love all these many years.

If you could give a newly-married couple a tidbit of advice, what would you share?