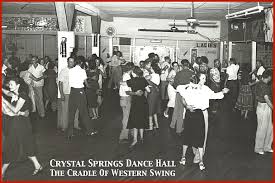 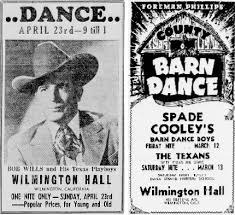 Dancing! Oh yes! I love it! I put dancing throughout my Outlaw Mail Order Brides series and it’s all the real-life outlaw gunslinger Clay Allison’s fault! They say he suffered a head wound during the Civil War and it left him with a terrible temper. Maybe so. His epitaph reads that he didn’t kill anyone that didn’t need it and it is a well-known fact that he put a lot of men six feet under.

But strangely, Clay loved to dance—a lot. He owned a ranch outside of Cimarron, New Mexico and always kept a violin player on his payroll.

I first put Clay Allison in The Heart of a Texas Cowboy as Houston Legend’s drover and my editor liked him so much she wanted me to give him his own book. I thought it best to make him fictional so I changed his last name to Colby. Book #1 of Outlaw Mail Order Brides—The Outlaw’s Mail Order Bride—is about Clay Colby.

Clay and some of his friends are tired of running and want to settle down so they decide to carve a town from their hideout. Next came populating it so they send for mail order brides.

Since Clay has been writing a wanted woman in hiding, Tally Shannon, he asks her to marry him so she travels to Hope’s Crossing. She agrees.

Oddly, Clay makes sure one his fellow outlaws is a fiddle player and they have a dance each night after supper, waltzing over the uneven ground under the stars. And that’s how he and Tally get acquainted. It worked.

My town has the dancing-est outlaws you ever met. It keeps ’em out of trouble. (Psst, not really)

I’ve always loved to watch dancers, but I didn’t know how until around the age of 30. I was married and three kids underfoot when I took classes at the local college for ballroom dancing. I learned the foxtrot, tango, the waltz, and then the teacher threw in the two-step.

It opened up a whole new world and I loved it. The only problem was my husband didn’t dance and had no desire at all to learn so I was forced again to sit on the sidelines.

Occasionally one of male customers would ask me, but then we stopped going to those places altogether, and sadly, I lost what I’d learned.

I still love to watch dancing couples though. And I love the show Dancing With the Stars, living vicariously through them. Sometimes, I even get out of my chair and do the steps. You’d die laughing.

Dancing has been in our culture probably since the beginning of time. The earliest proof was found in 9,000 year old cave drawings. I’m astounded.

Some of the dances had such names as the Quadrille, the Minuet, the Polka, the Waltz, and many others. Rock and Roll brought many, many more dances like the Lindy Hop, the Twist, the Jitterbug, etc. This didn’t involve a partner so I jumped right in and loved twisting and gyrating and making a fool of myself.

Tell me the first person you ever danced with and the type of dance it was. I’m giving away The Outlaw’s Mail Order Bride to three people who leave a comment.