Jeannie Watt
Behind the Book
20 Comments 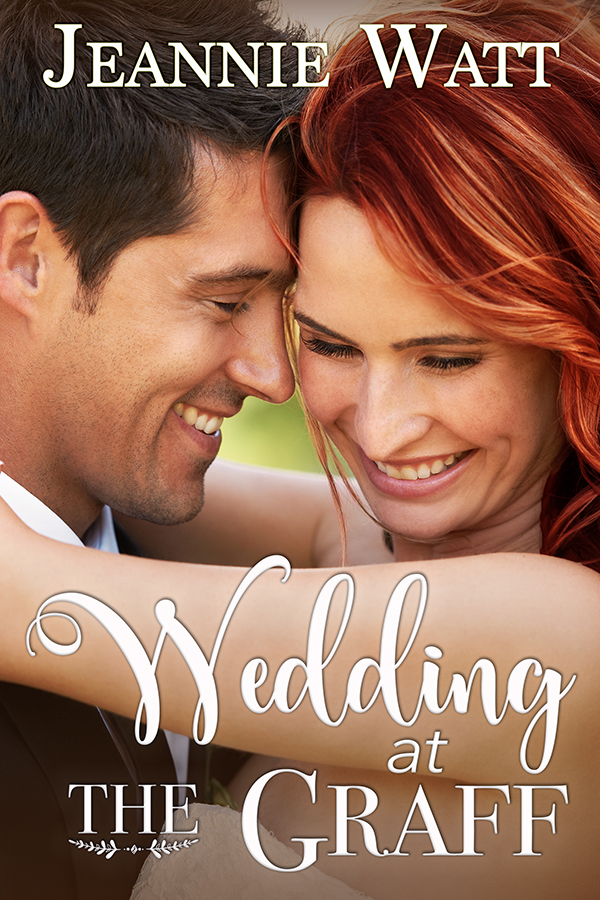 Hello everyone! I hope you’re having a great Wednesday! I’d like to take this opportunity to tell you a little about my latest release. I usually write contemporary western romance. It’s kind of my thing. However, my most recent book is a sweet contemporary set in Marietta, Montana, and since this is my very first (official) sweet romance, I wanted to share it with you.

Originally the story, which is the last book of Tule Publishing’s Holidays at the Graff series, was supposed to take place on and around St. Patrick’s Day, which happens to be one of my favorite holidays. Previous books took place at Halloween, Christmas, New Year’s (waving at fellow filly Marin!) and Valentine’s Day. Since my book was the end of the series, a wedding was in order, so we decided to make my book Wedding at the Graff. (I still worked in St. Patrick’s Day. Yay!) The only problem was that my characters weren’t yet dating. Yikes! The only solution was to make them friends who’d always secretly been aware of the the other. But what’s going to keep them apart? A ‘stolen’ heirloom ring which the heroine has in her possession and which the hero needs to return to his boss, her former fiance.

Garrett Hawley dropped the glossy color photo on the Macassar ebony desk and leaned back in his chair. “Colleen won’t give it up. She’s convinced my great-grandfather stole the ring from her great-grandfather, even though she has no proof.”

Michael Donovan pulled the photo closer. He’d only seen the antique emerald and diamond ring a half-dozen times on Colleen Flanigan’s finger. Once she’d become engaged to Garrett, he’d removed himself from her life. It was the only way he could handle the situation. Tamp down the gut-wrenching sense of loss and move on.

“You know, the only reason I gave her that ring is because of Granddad. He suggested it.”

Michael raised his gaze. He had not been aware. The late Hugh Hawley Sr. had been both generous and business-savvy. He was the reason Michael had his education, and the reason he had a job at Hawley Enterprises. He was also the reason Michael was tied to the company for three more years.

“Yeah. When Dad found out, he came uncorked, but it was too late. Kind of hard to tell your new fiancée you want to trade out engagement rings—especially that ring.”

No doubt. The Flanigan Stone, as Colleen had called the emerald, was a Flanigan heirloom that the Hawleys had gotten possession of, either by purchasing or stealing, depending on who told the story. Colleen and Garrett’s marriage was supposed to put an end to the family feud…but things hadn’t worked out that way. If anything, their failed relationship had thrown gas on the fire.

Garrett’s jawline hardened. “Dad wants to have the emerald reset to give it to Serena as an engagement present.”

“Seems kind of a shame,” Michael said. He meant that in many senses. It was too bad that the pristine stone would be pried from its antique platinum-and-white-gold setting. Too bad that high-maintenance Barlow would be wearing it. But Serena had Hugh Hawley Jr. wrapped around her finger, and what Serena wanted, Serena would get. Which meant that Garrett would do what he could to retrieve the stone, which was why Michael was there for the late-night drink in the offices of Hawley Enterprises.

My life is going to be a nightmare until I get the ring back.”

“No way that Serena would be happy with another more expensive ring?”

“What you have there is a $50,000 stone. Untreated. Colombian. Do you know how many untreated natural emeralds of that size there are in this world?”

“Point one percent.” Garrett sounded as if he’d just had the statistic hammered into him, which he probably had, since he and his father had been closeted in Hugh Jr.’s office during the latter part of the day. Michael had assumed it had something to do with procuring new financing for their latest condo project, but apparently not.

“Serena is all about having what other people don’t.” Garrett snorted. “Kind of like Dad.”

And kind of like Garrett, himself. The reason Garrett had swept Colleen off her feet was because she was jaw-droppingly beautiful and Garrett collected beautiful things. Showed them off. But in addition to being beautiful, Colleen was intelligent and hardworking, witty and fun.

The perfect woman in Michael’s mind. Or she had been. Times had changed. She’d changed. But the fact that she’d changed didn’t keep Michael from feeling a stab of alarm when Garrett said, “I’m going to have to unleash .” The head of legal for Hawley Enterprises. “I’ll have to pay for his hours myself.” Garrett reached for the crystal decanter and held it up. Michael shook his head and then Garrett poured another two fingers of Oban into his glass. “No way Dad is going to let the company pay for what he calls ‘my mistake.’”

Garrett grimaced as if mentally calculating the lawyer’s fee. Not that he couldn’t afford it. Michael understood his boss didn’t like to make mistakes, and if he did, he hated his father rubbing his face in them.

“Am I here so that you can unburden yourself?” Michael asked. He doubted that was the case given the way his relationship with Garrett had evolved.

“Excuse me?” Michael now wished he had scotch in his glass.

“She’ll probably listen to you more than she’ll listen to me.” Another of those rare half-smiles. “Our relationship is acrimonious.” Garrett put his forearms on his desk and leaned forward. “If you agree to go to Nowhere, Montana, and convince Colleen to give the ring back—convince her I’m serious about a charge of grand larceny—I will make it worth your while.”

Go to Montana and meet with Colleen? The thought shook him.

“Let’s just say a big chunk of the down payment you just dropped on that condo will reappear in your bank account.”

Michael’s eyebrows lifted, even though he made it a point not to show emotion during business dealings. “That could get into some serious money.” More than the ring was worth, but quite possibly less than the lawyer would charge.

“Totally worth it to get my dad off my back, see Serena happy and…you know.” He gave a small shrug before leaning back and finishing his second scotch, which Michael read to mean that he wouldn’t mind seeing Colleen squirm. She’d hurt his pride and given Hugh Hawley Jr. the ability to say ‘I told you so’ to his son.

“I’ll need a more exact number than ‘a big chunk,’” Michael said. But even as the words left his mouth, he knew that the amount they agreed upon wouldn’t matter. He’d fly to Montana because he was concerned about Colleen doing battle with the Hawleys. She could be stubborn and headstrong, and the emerald was an emotional thing for her. Colleen Flanigan was not above cutting off her nose to spite her face, as his gran would say.

He didn’t want to see her get herself into trouble, because despite his efforts to the contrary, he still wasn’t over her.

So that’s how the story begins. I also made a Pinterest Board showing the inspirations for the story. I hope you’ll check it out!