Today I’d like to share information on The Great Cattle Die Up, an ironic take on the term ‘cattle round up’.

During the early 1880s, the summers on the plains of Montana, Wyoming and the Dakotas had been wonderfully cool and winters had proven to be unusually mild, making it easy to feed livestock year around, thus lulling ranchers and beef speculators into a sense of false security. Cattle prices were high, and to increase profits, the ranges were overstocked and soon overgrazed. Beef prices started to fall and the summer of 1867 was unusually hot and dry, making it difficult to put up enough foriage to feed the stock in case the weather took a nasty turn…which it did.

It began to snow on November 13 and snowed every day for a month. The sparse food was hidden beneath the deep snow and the cattle, already in poor condition due to the sum 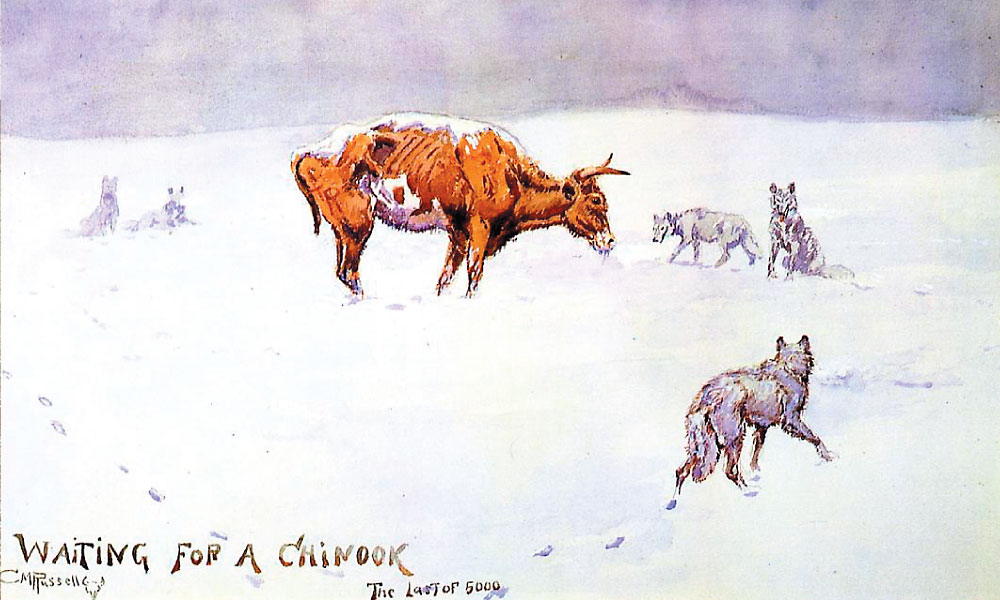 mer drought, began to die. In January, the temperatures plummeted, perhaps as low as -63°F. A chinook came then, melting the top of the snow, then temperatures fell again, creating a hard crus on top of the deep snow. Stories tell of horses and cattle cut and bleeding from the knees down as they attempted to navigate the crusted snow. Cattle roamed into towns, bawling for food and eating shrubbery. Since little forage had been put up, ranchers had

no choice but to watch their herds, their very livelihoods, starve and die.

By spring over 500,000 cattle—90% of the open range animals—had died. The carcasses covered the fields and clogged rivers and streams. The smell of rotting beef permeated the air.

Both small ranches and huge cattle companies declared bankruptcy. Thousands of cowboys were put out of work. Some ranchers tried to steal unbranded calves, leading to range wars. Ultimately, it was the end of open range in the area. Barb wire cut the range into smaller sections, changing the face of Montana ranching forever. 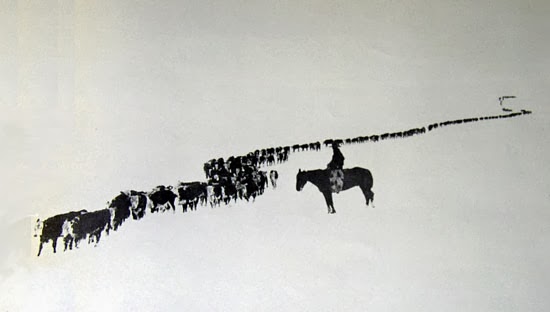 Teddy Roosevelt, prior to the Great Die Up had proclaimed cattle ranching “the pleasantest, healthiest and most exciting phase of American existence.” After the winter of 1887, he wrote to a friend, “Well, we have had a perfect smashup all through the cattle country of the northwest. The losses are crippling. For the first time I have been utterly unable to enjoy a visit to my ranch. I shall be glad to get home.”

Not a very happy story, but a true one that forever changed the face of ranching.

Spring Into Romance
Two great sweet western romances for the price of one.