Deadwood was on several years ago and I didn’t watch, but we discovered Season 1 because we watch a lot of On Demand series and, well, I put the first epi on just to see Tim Olyphant. Yes, I’m that shallow. I became a huge Olyphant fan from watching Justified.

By the way, Justified isn’t family viewing, but Deadwood has it beat by a country mile on the curse per minutes ratio. If you don’t like profanity, stay far, far away. I don’t mind it and even so it is pretty over the top. It isn’t sprinkled with it, it’s SATURATED.

Part of the reason why I am so taken with it is because I began watching with a built-in…well, knowledge doesn’t sound quite right but maybe “impression” fits because of a very different fictional accounting of the town – the novel FORGIVING by LaVyrle Spencer.

I can’t imagine LaVyrle would have soaked her prose in f-bombs, but there are things she had in common with the series.

1) Painting a picture of a rough, lawless town where the only women were the whores in the brothels.

2) One man who stands out as the good guy, yum yum! (And yes, I mean Tim as Seth Bullock) 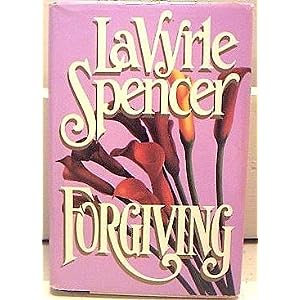 4) The addition of the story of Wild Bill Hickock and Calamity Jane. I love this part. Jane was such a rough character with such a big heart.

5) The addition of a small pox outbreak and pestilence tents

6) A good, upright man in love with a prostitute.

If you haven’t read Forgiving, see if you can find a copy. It’s a wonderful read. Especially a particular scene at midnight on Christmas Eve. Deadwood’s coarseness might not be for everyone, but Forgiving is a beautiful story that will still manage to give you the flavour of this gold rush town.

And if you can’t find Forgiving, my newest release, A Family For The Rugged Rancher, is out in the UK this month. You can find out more on my website: http://www.donnaalward.com .