Last week something fun and wonderful happened to me, way sooner than I expected it to. The release of Redeeming Daisy, the second inspirational novella about the Martin family of Hearts Crossing Ranch. So soon on the heels of Marrying Mattie, my sensual Western Historical released two weeks ago, I found myself not only in Seventh Heaven but also realizing that both heroes, some 130 years apart,  are horse doctors. So I reckoned a trip down Vet History Lane was a good topic for today. And anybody who comments gets in a name-draw for a pdf. copy of Redeeming Daisy.

Okay. Long ago, the caretakers of the horses of the ancient Roman army were called veterinarii. The term itself derives from the Latin root for beast of burden.  The first veterinary school was founded in Lyon, France, in 1762.

But in colonial America, words like veterinarian, horse doctor, or even animal doctor weren’t part of the vocabulary. (In fact, fifty years ago or so, vet care for house pets was often considered frivolous.)   For the colonists, animal disease was surrounded by mystery, superstition and ignorance—pretty much the same as for human ailments. Simple cures were largely unknown, because even  physicians had little information on bacteria and anatomy.  Often a sick horse was tended by a herdsman or farrier (blacksmith) with roots, herbs, and often witchcraft.  The prevailing and unfortunate creed was—the more it hurt, the better it must heal. This mentally just breaks my heart.

By the early 1800’s, professional veterinarians, most of them graduates of the  London Veterinary College founded in 1791, began migrating to America’s cities. Without suitable veterinary schools here, young men apprenticed with these professionals and went on to become animal doctors. There were also medical doctors who used their knowledge of humans to treat animals, and other doctors who served both “man and beast.”

On the frontier, most horse doctors were self-taught, like Call Hackett in Marrying Mattie. He has studied science at university level and extensively educates himself by reading treatises by such animal scientists as William Youatt. He performs necropsies when he can in a little lab he has set up in a shed on his land. Pike Martin in Redeeming Daisy is, of course, a fully accredited twenty-first century large animal vet.

Back in the 1800’s, books and pamphlets on horse medicine helped spread knowledge. The first surgical anesthesia upon a horse was performed in London in 1847 and helped advance animal surgery in America. Prior, surgical techniques were rarely attempted on horses: forcible restraint and terrible anguish were just not pleasant for anybody, especially the animal.  I get chills just imagining such torture on a senient creature who has no intellectual concept of  “Hey, big horsie. This is gonna hurt like a son of a gun, but it’s downright good for you.”

Dr. Isaiah Michener of Pennsylvania, whose education credentials are unknown, started a practice in 1836 and contributed many articles to Philadelphia periodicals and country newspapers. His criticism of the funds spent “to build theatres, railroads and canals” while the ravages of livestock diseases were neglected began to spread. Hence, the first veterinary association was launched in Philadelphia in 1854.

The development of veterinary schools soon followed. New York College of Veterinary Surgeons, chartered in 1857 at New York University is generally claimed to be the first veterinary college established in America. Prompted by funding from the 1862 Morrill Land Grant Act as well as concerns over post-Civil War animal disease epidemics,   Iowa State College (now University)   offered  its first animal science  class in 1872 and officially founded its veterinary school in 1879.

By the late 19th century, a collective of institutions, agricultural organizations, and scientific periodicals united veterinarians in a common cause.  The U.S. Veterinary Medical Association was founded in 1863, later renamed American Veterinary Medical association in 1898.

One fun fact:  In 1912, Chandler, Arizona was established by and named for Dr. A.J. Chandler, a veterinarian who graduated with honors in 1882 from Montreal Veterinary College at McGill University. He left a successful practice in Detroit to come to Arizona in 1887 to set health standards for the growing cattle industry. Creating a network of canals and electric pumps to draw ground water, he transformed his ranch into a green empire in an arid land. He was able to raise enough grain and alfalfa on 300 acres to feed 2,000 head of cattle and several hundred sheep.

Dr. M. Phyllis Lose, VMD, graduated from the University of Pennsylvania Veterinary School in 1957, the first female equine vet, or horse doctor, in the United States.

The following picture doesn’t really have a thing to do with veterinary science but it’s such a fun picture since I’m talking about horses today. It’s my grampa, a minister, on his way to court my gramma in Kansas about 1915. His horse was named Babe, and he just loved her.  Gramma, too. 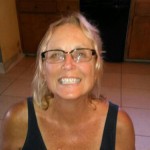 A California beach girl, I love cowboys and happy-ever-afters. My firefighter hubby and I enjoy travel, our two little grandsons, country music, McDonald's iced coffee, and volunteering at the local horse rescue. I was thrilled last year to receive the CTRR Award at Coffeetime Romance for Sanctuary, my tribute to my cancer-survin' hubby!

44 thoughts on “Horse Doctors Way Back When…”